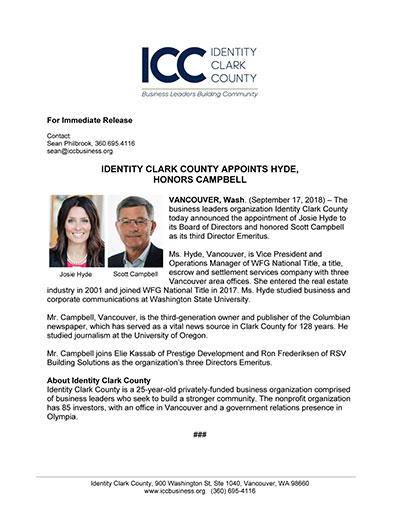 The business leaders organization Identity Clark County today announced the appointment of Josie Hyde to its Board of Directors and honored Scott Campbell as its third Director Emeritus.

Mr. Campbell, Vancouver, is the third-generation owner and publisher of the Columbian newspaper, which has served as a vital news source in Clark County for 128 years. He studied journalism at the University of Oregon.

Identity Clark County is a 25-year-old privately-funded business organization comprised of business leaders who seek to build a stronger community. The nonprofit organization has 85 investors, with an office in Vancouver and a government relations presence in Olympia.